Japan Foundation's much-favored cultural exchange event is back in the real world (with a new name).

The Japan Foundation has marked 2023 as the year that it would drop its fondly remembered moniker — EigaSai — in favor of the more broadly descriptive Japanese Film Festival (JFF).

The year, too, marks the festival's return to cinemas after years of having been restricted to virtual screenings.

The festival runs from January 20 to February 22, 2023, at the Shangri-la Plaza EDSA and select cinemas, including SM City Baguio, SM Seaside Cebu, SM City Davao, Cinematheques (in Manila, Negros, Iloilo, Davao, Nabunturan), and UP Cine Adarna. Screenings will set patrons back PHP 100 for each ticket. Online screenings are available as well.

Donning the same film reel origami for its logo, JFF brings an interesting lineup of films, a feat cinemagoers have come to expect from past editions of EigaSai. The fest imports new films from Mamoru Hosoda (Mirai), Kazuya Shiraishi (The Blood of Wolves), Keisuke Yoshida (Come On Irene) and more.

Here's the full lineup of films.

And So the Baton is Passed

Yuko Morimiya is a high school student and she lives with her stepfather Morimiya. Morimiya is her third father. Her mother, Rika, is a free spirited person and has remarried several times. She disappeared from Yuko’s life at a certain point. Even though Yuko and her stepfather are not blood related, she is fully loved by her him.

For seven years, soft-spoken yet strong-willed Hitomi Saito has climbed the ranks and is set to direct a series for the first time. At the same moment, the difficult but undeniably brilliant director Chiharu Oji is set to make his big comeback after almost a decade. The hit series that made Oji famous is what inspired Saito to jump into the anime field, and her goal is to match, and even surpass, his success and relevance. Her chance has arrived. Their two programs are both scheduled to debut in the same prime-time Saturday slot. After Saito challenges her rival on stage at an anime convention, the two production teams each set out to outdo one another because there can only be one number one!

Suzu is a 17-year-old high school student living in a rural town with her father. Wounded by the loss of her mother at a young age, Suzu one day discovers the massive online world “U” and dives into this alternate reality as her avatar, Belle. Before long, all of U’s eyes are fixed on Belle, when, suddenly, a mysterious dragon-like figure appears before her.

University freshman Tamaki Tsuru is looking for a fresh start – after a romantic disaster she seeks to leave behind her enthusiasm for volleyball to find a new pursuit. While tennis seems like the perfect club pastime to throw herself into, a freak accident leads her into an entirely new direction – the fascinating and thrilling world of gliders. Despite her initial reluctance, Tamaki is about to see the world from an entirely different perspective.

Every Day a Good Day

Baffling serial killings unfold in which the victims are tied up and left to starve. Tone was just released from prison after finishing his sentence for another crime, and he surfaces as a suspect but detective Tomashiro can’t nail down conclusive proof.

A teenager girl’s accidental death incites a media frenzy and causes her harsh father to turn his range against those he believes are responsible.

Born to an esteemed family, Inu-oh is afflicted with an ancient curse that has left him on the margins of society. When he meets the blind musician Tomona, a young biwa priest haunted by his past, Inu-oh discovers a captivating ability to dance. The pair quickly become business partners and inseparable friends as crowds flock to their electric, larger-than-life concerts. But when those in power threaten to break up the band, Inu-oh and Tomona must dance and sing to uncover the truth behind their creative gifts.

Masaya is a university student, but he attends a school that’s not his ideal school. His days are generally gloomy. One day, he receives a letter from serial killer Haimura. He was convicted for nine murders and received the death penalty. Back when Haimura was committing his murders, he ran a bakery store. At that time, Masaya was a middle-school student and a customer at his bakery store. According to the letter, Haimura confesses to having committed eight murders, but he insists that he did not commit the last murder. Masaya begins to investigate the last murder case involving Haimura.

As mentioned, JFF 2023 will happen at the Shangri-La Red Carpet and other select cinemas. Tickets go out for PHP 100 each. Here's the full screening schedule: 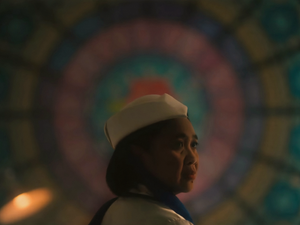 Murder's abound and the killer may be among 'Sampung Mga Kerida' 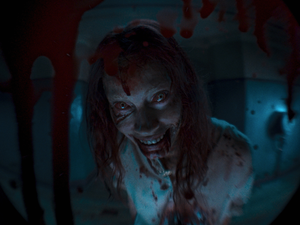