a month ago by Armando Dela Cruz — 1 min read

Directed by Lee Cronin, the new 'Evil Dead' opens in theaters this April.

It's one way to kick off yet another promising year for horror movies: a hotly anticipated trailer for the latest Evil Dead film, heavily featuring outbursts of violence and a wealth of split diopter shots. The Red Band trailer drops the same week Gerard Johnstone's M3GAN gets decorated with rave reviews.

In this fifth installment, the Necronomicon — an ancient book that serves up the smorgasbord-o'-terrors in the films — finds itself in a seedy apartment complex, where the reunion of estranged sisters Beth and Ellie (played by Lily Sullivan and Alyssa Sutherland, respectively) is cut short by a hellish turn of events.

Fans of the franchise, of course, know what's up: Evil entities are keen on moving in. One such entity puts it as vividly as one can:

"I had the most beautiful dream. It was the perfect day. And all I could think about was how much I wanted to cut you all open and climb inside the bodies."

Suffice it to say, you're wont to heed this advice: Don't trust the Deadite in Apartment 23B.

Lee Cronin (The Hole in the Ground) directs his own screenplay, and it's as yet unclear how closely it ties with the original Sam Raimi films. The goal, according to Cronin, is to "expand the Evil Dead universe further" — something that previous efforts like Ash vs. Evil Dead did, but with an entirely different flavor.

Check out the full redband trailer for Evil Dead Rise after the bump.

Evil Dead Rise opens in theaters April 21st, 2022. No local release date has been confirmed as of writing.

Murder's abound and the killer may be among 'Sampung Mga Kerida' 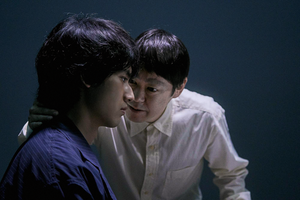 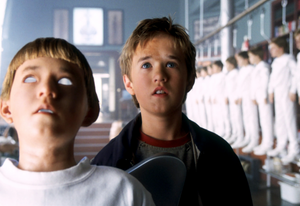