Four years into his term, President Rodrigo Duterte still has not delivered on his promise to eradicate illegal drugs in the Philippines. He missed his self-imposed deadline of three to six months. The policy has resulted in thousands of victims of extrajudicial killings. Three years ago, a report alleged local authorities hire fishermen to dump dead bodies in Manila Bay. The bodies are casualties of the state-sponsored war on drugs.

Struggling to provide for his large family, Bong (Jericho Rosales), a local fisherman, compensates his meager income as a “garbage collector.” The death of his neighbor made him reassess his life. But as he attempts to live responsibly, the pull of reality brings him back to square one.

Jericho Rosales is terrific as he progresses from detachment to optimism to despair and, eventually, resignation. He brings a certain guilelessness to Bong that makes it easier for us to root for him despite the character.

One of the more contentious parts of our quarantine rules prohibits senior citizens to leave their homes. The baffling one-size-fits-all directive fails to take into account the different experiences of senior citizens.

Nang Em (Gloria Sevilla) lives in an apartment. She is not handicapped but still relies on her helper. Unfortunately, her assistant could not come to her house because of the quarantine. Nang Em is left to fend for herself. She befriended a front-liner named Tagalog (Manu Respall) and became her conduit to the outside world.

Nang Em, more or less, is a member of the middle class. Yet, she sounds helpless as she begs her helper to come to her house. Basic needs take precedence over psychological concerns, but pandemic depression is real and inescapable, more so among older people as they rely on the comfort of companionship in their remaining years.

The director Maria S. Ranillo shot the film right in the middle of the general quarantine. Confined to an apartment, we see Nang Em fight her anxieties. “Fights” perfectly describe her coping mechanism as she is far from a shrinking violet. For the most part, I speculated if the sarcastic humor of Nang Em is a dig at our government.

She pronounces the virus as “veerus” and references the president when corrected. Remember the joke about spraying alcohol and keeping a distance from one another as the only concrete pandemic policies of our government? Nang Em excessively sprays alcohol and comically wears a face mask, shield, shower cap, and a jacket despite living alone.

The heart of the story is easily the friendship between Nang Em and Tagalog. Their relationship is an ode to the kindness of strangers in these uncertain times. Still, Sevilla and her considerable experience carry the entire film. She brings strength and humor to her character, shifting from affectionate to dour. The perpetual sadness in her eyes conveys emotions no amount of dialogue can replace.

Paciano Rizal is a rebel and an enigma. He founded a student organization under the guidance of his friend and mentor, Padre Jose Burgos. Right after the death of his brother, he joined the Katipunan and was appointed brigadier general. He was captured while leading the Filipino forces against the U.S. troops in Laguna. Upon his release, he retired and lived a quiet life as a farmer. Paciano Rizal, a prominent revolutionary figure, never spoke of his life nor attended the annual commemoration of our independence.

Heneral Rizal dares to reimagine the last days of Paciano. Nanding Josef plays him as an embittered man full of questions and uncertainties. He likens himself to Pilosopong Tasyo, an insightful thinker no one listens to. In Chuck Gutierrez’s 23-minute short film, he breaks his silence and unleashes his bridled frustrations about the Filipino struggle. The script, written by Floro Quibuyen, is plainspoken and urgent, a clarion call for historical reflection and social change.

Throughout the film, Paciano confronts the mandate of colonization, contests the aspirations of Filipino intellectuals, and challenges the martyrdom of Jose Rizal.  Josef, a potent blend of pain and anger, delivers a performance meant to rouse us from our apolitical stupor. He oscillates from a disheartened old rebel (“Bakit paliging talo ang mga Pilipino?“) to an indignant older brother (“Pinag-aral kita, bata ka!”). The film deftly connects the past and the present to hammer its intention. Paciano, at one point, discusses the failure of the revolution to reclaim our lands from Catholic corporations – a forthright criticism of our continued lack of genuine land reform.

The film resembles a protracted form of rant video, the kind that elicits “oh snapped” and “that’s on—period!” comments from netizens. That Josef filmed his part using a mobile phone and a desk lamp adds to its viral video quality.

Hear me out: I think historical content, distilled to its critical ideas, is more accessible and impactful as short films. Historical assessment is crucial to disrupt the oppressive status quo and to combat the falsehoods of the post-truth era. Heneral Rizal effectively delivers a compelling message at a time our democratic institutions are under assault. 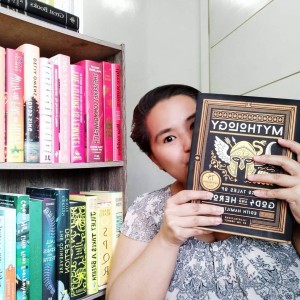