How 'Black Christmas' paved the way for modern slashers

The very roots of modern slashers can be traced back to this modest Canadian horror flick.

Bob Clark’s 1971 holiday horror, Black Christmas, provided the blueprint for modern slashers. This is an indisputable fact, in that John Carpenter, whose 1974 seminal classic, Halloween, which all but codified the genre to a set of rules that films like Scream and Final Girls would fondly refer to as the slasher formula, was heavily inspired by Clark’s film.

John Carpenter has apparently built off of what Bob Clark’s film established, importing the atmosphere from his Canadian peer. “I never intended to do a sequel [to Black Christmas],” Clark said in an old interview with Icons of Fright. “I did a film about three years later… started a film with John Carpenter. It was his first film for Warner Bros. He asked me if I was ever going to do a sequel, and I said no. I was through with horror; I didn’t come into the business to do just horror.

“He said, ‘Well, what would you do if you did do a sequel?’ I said it would be the next year and the guy would have actually been caught, escape from a mental institution, go back to the house, and they would start all over again. And I would call it Halloween.”

Released in 1979, John Carpenter’s Halloween has birthed plenty of sequels, reboots, and copycats. If you were to take a shot for every slasher film that directly or indirectly imitates Carpenter’s classic, your liver would fail and thought the subgenre has found itself tired, worn, and routinely reinvented, it has a notorious reputation for being broadly misogynistic. There are books’ worth of text about this, but the notion of a phallic-equipped (i.e. knives, machetes, chainsaws, etc.) “punishing” women who express themselves sexually and freely did not and does not sit well.

Interestingly, this trope didn’t exactly come from Halloween. The film’s antagonist is credited, after all, as The Shape. Though it has a name—Michael Myers—and a human body, there’s almost a supernatural quality to the villain in the way that it killed and the mentality with which it chose its victims, which is to say there’s none. The idea of reprimanding promiscuous teenagers wouldn’t become popular until a year later, with Sean S. Cunningham’s Friday the 13th, where a matriarch murders camp counselors, whose promiscuity and negligence directly resulted in her young son’s death.

Even if the novelty of seeing bird-brained, conspicuously pretty-looking people has all but waned, one can’t say the same for its catharsis, as evidenced by the clear thirst from contemporary viewers. For better and for worse, slashers are in the pipeline almost constantly.

Clark’s film, though possessing none of these traits and employing none of its dreaded tropes, still fits the category. Its original piece can’t be helped but thought of as a direct response to the advent of serial killers in the U.S., right after Richard Manson remotely unleashed a breed of murderers and the Zodiac killer sent gruesome notes to the FBI. The film’s baddie is a guy named Billy a.k.a. The Moaner, who like his real-world cohorts, murders with nary any rhyme nor reason.

However, that he wreaks havoc at a quaint sorority house is no coincidence.  Though no slasher rules have been set at this point, Clark’s film chooses young women as the subject of Billy’s reign of terror. Most serial killings in the United States find victims as white young women, just like in Black Christmas.

In the film, however, the women aren’t treated as mere statistics. Olivia Hussey, who plays a distraught young woman named Jess, is given a lot of dimension, from reasserting her agency with childbirth and abortion and leaning on self-reliance to survive a crazed serial killer. Her sorority sisters, Barb (Margot Kidder) and Phyl (Andrea Martin), each have their own conflicts and desires. Their housemother, Mrs. Mac (Marian Waldman) is armed with a foul motormouth and a penchant for well-hidden bottles of brandy.

In hindsight, Black Christmas seems to have gone beyond what more recent films set out to do. Even after forty-six years, it still feels fresh and supremely watchable, with ample humor and unmistakable tension to keep you glued to the screen. What its cinematic descendants chose to take away is the structure, one in which bodies are wired, like clockwork, to drop after certain beats, furthered by mechanics brought about by more recent entries (Scream, et al.). But it’s the abject terror of one night chancing upon a phone call that comes from inside the house that modern slashers–the good ones, anyway—root from.

Watch the trailer for Black Christmas below. 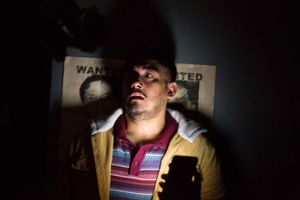 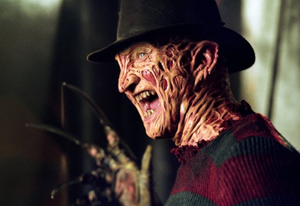