The film opens in Philippine theaters on September 28, 2022.

When Harry Styles had his first musical fame, he could have made a smooth transition into Hollywood leading man roles. But he’s never had any interest in doing things the easy way. Instead, he made his film debut as a character actor, with a supporting role in 2017’s Dunkirk, the Oscar-nominated World War II drama by Christopher Nolan.

Styles treated Dunkirk as a learning experience, not a stepping stone to Hollywood. Five years later, he returns to acting, ready to take the lead as the ambitious husband Jack Chambers in New Line Cinema’s provocative thriller, Don’t Worry Darling.

Styles says of the film, “I think, in general, this is about relationships, and trust, and betrayal, and love, and passion, and sex, and the sun, and… Palm Springs.”

In Don’t Worry Darling, Alice (Florence Pugh) and Jack (Styles) are lucky to be living in the idealized community of Victory, the experimental company town housing the men who work for the top-secret Victory Project and their families. The 1950s societal optimism espoused by their CEO, Frank (Chris Pine) anchors every aspect of daily life in the tight-knit desert utopia.  But when cracks in their idyllic life begin to appear, exposing flashes of something much more sinister lurking beneath the attractive façade, Alice can’t help questioning exactly what they’re doing in Victory and why.

Director Olivia Wilde says, “Casting Jack was really tricky because we wanted to find someone who would be a worthy scene partner to Florence Pugh. We also wanted someone who wasn’t what we might typically identify as a 1950s traditional man. We wanted their relationship to seem singular. That he wasn’t a stereotypical ‘master of the house,’ that their love seemed genuine, authentic, and warm—you’d immediately recognize it to be special within Victory. Jack and Alice are different.”

Having seen Dunkirk and been impressed with the performance of Harry Styles, Wilde inquired after his availability for the project. “I thought, here was someone who has tremendous presence, intelligence, and honestly, fearlessness.”

After meeting with the filmmakers, Styles signed on to play the role, with mutual excitement between Styles and Pugh to inhabit the couple at the center of the movie.

Styles explains, “Jack Chambers is a husband. He loves his wife, and he wants to go to work and then come home and hang out with Alice. In that way, he’s pretty run-of-the-mill. It’s the very traditional stereotype of an old-school, perfect marriage. While he works, she’s at home, cleaning, and cooking. But, he loves his wife more than anything in the world. I think they’re obsessed with each other. It’s kind of an ‘us against the world’ relationship.”

For Styles, that world is one of both lulling, seductive beauty, and an opportunity cost: “Victory represents the sheltered kind of life that allows you to stay in your ultimate comfort zone. You can ignore all the problems in the world, and some people are okay with that. I think for everyone, it’s a safe, easy, comfortable little bubble. They think everything's perfect, but the world isn’t like that. It has consequences. People inside those kind of bubbles, they don't want to know about the consequences. I think that’s what Victory represents—a willingness to be ignorant to the rest of the world.”

A New Line Cinema presentation, Don’t Worry Darling is distributed worldwide by Warner Bros. Pictures and is set to open in cinemas across the Philippines on September 28.  Join the conversation online and use the hashtag, #DontWorryDarling

📰
This post is a press release from Warner Bros.
The link has been copied! 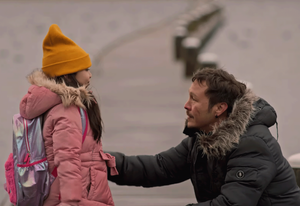