The three-day fest kicks off with Hong Won-chan's acclaimed film, 'Deliver Us From Evil.'

After a two-year hiatus, KFF (Korean Film Festival) returns for its 2022 run in the Philippines, kicking off a three-day fest Wednesday, August 10th.

The festival officially opens with a screening of Hong Won-chan's Deliver Us From Evil, a twisty, action-packed thriller that casts a pre-Squid Game Lee Jung-jae as a vengeful gangster deadset on settling a score with a hitman (Hwang Jung-min). Won-chan, alongside Snowball director Lee Woo-jong, will be present at the screening at the SM Aura Premier.

Check out the full screening schedule after the bump:

The festival will screen seven Korean films — a nice mix of action, drama, and romance. The fest also brings Hong Sang-soo's Berlinale hit, The Novelist's Film, to the Philippines (personally keen on catching this).

Read the full synopses and trailers for all seven films.

Deliver Us From Evil

An assassin goes to Thailand in order to solve a kidnapping case and finds himself chased by a man whose sibling he killed.

Rival diplomats from North Korea and South Korea become trapped as civil war rages in Mogadishu, Somalia. With no aid from either government, their only shot at survival requires uniting with bitter adversaries to escape.

A female novelist takes a long trip to visit a bookstore run by a younger colleague who has fallen out of touch.

Miracle: Letters to the President

Dreaming of making a train station for his sister and the villagers, Joon-kyung sends many letters to the president, but with no reply. Ra-hee, who has a crush on Joon-kyung, does everything she can to help him meet the president.

Based on Lim Solah’s novel of the same title, Snowball focuses on the friendship between three girls who are united by frustration with the mundane routine of high school life and its associated authority figures, only for their bond to be severed by otherwise different natures.

The Day I Died: Unclosed Case

The detective Hyun-soo tries to track down a girl who disappeared off of a cliff during a stormy night.

A bestselling author who has been in a slump for seven years meets an aspiring young writer who turns his life upside down.

In addition to the screenings, FDCP will host a 'Talk with the Filmmakers' on August 11th, 1:30 p.m. at the Cinematheque Centre Manila. Both Hong Won-chan and Lee Woo-jong will join a panel of Filipino directors.

For more information about the festival, visit the Korean Cultural Center in the Philippines on Facebook. 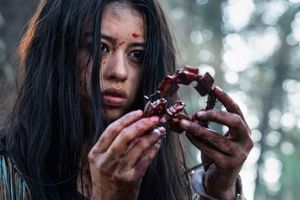 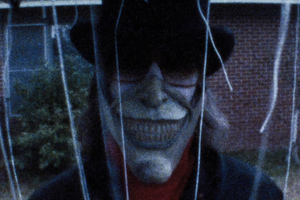