a month ago by Armando Dela Cruz — 9 min read

Happening this November 17 thru 26, the festival returns with bigger prospects and brighter imports.

2022 marks a decade of programming for QCinema, a film festival whose sights have always been set restlessly on bigger things. For ten years, it has leaned onto its mantra — "One city to the world" — and continually brought fresh and popular imports, be it festival jewels or lesser-known deep cuts. This is, of course, on top of giving Filipino filmmakers grants and exclusive rights to their films.

This year is no different. Its staple competition sections — Asian Next Wave and QC Shorts — return with new and interesting titles sure to have avid viewers flock to the theaters. But in what already feels like tradition, QCinema, isv being consistent in shipping great international titles to our shores, including the year's Palme D'or winner, Ruben Östlund's Triangle of Sadness.

Programming under the theme '#in10city,' the festival gathers what promises to be an incredible lineup worthy of commemorating its first decade. In this post, you'll get the full list of competing films and special screenings, ticket information, schedules, and more.

After ending her toxic relationship with her boyfriend Ben, 40-year-old Alice discovers she is pregnant. With her age and current relationship status, her first instinct is to have the pregnancy terminated. As her body undergoes dramatic changes, Alice struggles and needs to decide what to do. Will she slide back into the arms of Ben? What will this mean for the child growing inside her?

A Singaporean auntie (“ajoomma” in Korean language) lives alone with her estranged son. Her only pleasure in life is to watch Korean TV series, clumsily imitating the dialogues. She and her son book a tour in Korea for holidays, but the son excuses himself for a job interview to cancel the trip. The auntie, who has never traveled abroad alone, musters up her courage – perhaps encouraged to do so by the hefty cancellation fee – to travel to Korea. Deluded by her dreams of a Korea like that shown in television dramas, the woman finds herself surprised if not shocked. Her journey begins to take a turn for the worse from the beginning: she finds herself lost, then involved in a violent incident. Will she be able to (re)discover her new self?

Arnold is a clever student who has won many academic awards. One day, he meets Bee who runs an underground business helping students cheat on their exams. Bee asks Arnold to join his cheating ring and offers him a lot of money.

While Arnold considers working with Bee, many of his schoolmates, unhappy with their school’s disrespect of their freedom, organise a big protest.

With his father in prison and his brother abroad for work, young Rakib works as the lone housekeeper in an empty mansion belonging to Purna, a retired general whose family Rakib’s clan have served for centuries in a rural Indonesian town.

After Purna returns home to start his mayoral election campaign, Rakib bonds with the older man, who becomes a close mentor and father figure, and finds his calling as Purna’s assistant in work and life. When Purna’s election poster is found vandalised one day, Rakib doesn’t hesitate to track down the culprit, kicking off an escalating chain of violence.

Upon the death of Rafael de Miranda, a beloved island doctor, his estranged widow, Celine, returns to their ancestral villa to scatter his ashes into the sea.  Celine believes that this act of bidding farewell will  finally bring closure to their failed marriage. Instead, she is haunted by memories of Rafael’s past infidelities and racked by self-recrimination at not having been able to give him a child. Overcome by conflicting emotions of love and rage towards her late husband , Celine loses herself in an inexplicable attraction to his possible illegitimate son. This obsession with the young man is what finally spirals her tragic journey into desolation.

In a near future, the Japanese government program, Plan 75, encourages senior citizens to be voluntarily euthanized to remedy a super-aged society. An elderly woman who loses the means to live independently, a pragmatic Plan 75 salesman and a young Filipino caregiver face choices of life and death.

On an impulse to reconnect with her origins, Freddie, 25, returns to South Korea for the first time, where she was born before being adopted and raised in France. The headstrong young woman starts looking for her biological parents in a country she knows so little about, taking her life in new and unexpected directions.

Directed by Jaime Morados (Protacio and the Bum), Ang Pagliligtas sa Dalagang Bukid (lit. Saving the Country Maiden), follows a sixteen-year-old Joaquin as he attempts to save the film reel of the first movie he’s ever seen in the midst of a studio fire. The film is set in 1921.

BOLD EAGLEis the story of Bold, an anonymous online-sex worker who seeks validation from his cat as he wonders if he can amount to something more than just a pretty face. The film is directed by Whammy Alcazaren.

In Glenn Barit’s Luzonensis osteoporosis,  a “neanderthal” man named Luzonensis is about to leave for work abroad. He discovers that his passport is missing hours before departing. Together with his father, they retrace their path back to find it.

From Marikina-based filmmaker, Rocky Morilla, Mga Tigre ng Infanta follows Katrina’s wild hunt deep into the psyche of her grandmother, whose corpse has gone missing. The film is set in the colorful town of Infanta where superstition is said to be alive in community life.

Austin Tan’s Ngatta Naddaki y Nuang? (lit. Why did the Carabao cross the Carayan?) tracks Oyo’s return to his hometown in Cagayan in search of a carabao, before he finally migrates to another country, while memories of a flood and sights of industrialization fill him.

sa ilog na hindi nagtatapos is the story of four individuals which unfolds through Baby, a middle-aged trans woman. She becomes a vessel to fill in their void as her own desire grows in the capital of fleeting relationships. The film is set in the surrounding areas of the decaying Pasig River, where an expressway is being constructed. Directed by JT Trinidad (as if nothing happened).

Like in past editions, QCinema 2022's lineup is stacked with great international titles.

Screen International gathers together a prestige collection of new festival titles from around the globe. This year, Lukas Dhont's Close, Marie Kreutzer's Corsage, and David Cronenberg's Crimes of the Future headline the section, alongside Ruben Östlund's much-buzzed-about Triangle of Sadness, which also serves as QCinema's Opening Film.

New Horizons heralds new voices by serving up a platform for filmmakers and their debut films. This year's selection features July Jung's Next Sohee, Sophie Linnenbaum's The Ordinaries, and more.

RainbowQC showcases a diverse spectrum of queer voices by programming screenings of LGBTQ+ films. This year's screenings include Saim Sadiq's Joyland, Fyzal Boulifa's The Damned Don't Cry, and Mark Slutsky and Sarah Watts' You Can Live Forever among others.

For those keenly awaiting its arrival in its native Philippines, the restoration of Mike De Leon's Itim is finally here. It's screening under QCinema's Digitally Restored Classics alongside Wong Kar-wai's In the Mood for Love.

Finally, we have the festival's closing film, To the North, a nice bookending of the fest's opening film in that it, too, is a nautical story featuring great Filipino talent. This time, it's Soliman Cruz who plays a religious Filipino sailor named Joel who encounters a Romanian stowaway aboard his ship.

QCinema has shared the official screening schedule for its entire physical run in theaters. As per usual, the screenings happen in cinemas in Quezon City. This year, curiously, there are screenings in Power Plant Mall in Makati City.

Click here to view the full schedule to check for live changes (if any).

You can book tickets for QCinema screenings over-the-cashier or through online methods.

You can also purchase a festival pass, which grants you entry to five (5) public screenings, one (1) canvas tote bag, one (1) shirt, and other goodies, subject to availability.

You can purchase your passes online or offline. Here's how do it.

If you're getting the festival pass, keep yourself abreast of the following terms and conditions: 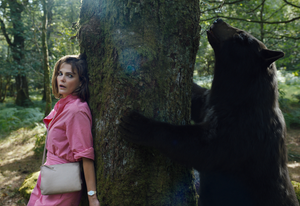