Watch Mike De Leon's films, 'Itim' and 'Kisapmata,' and Wong Kar-wai's 'In the Mood for Love' in theaters.

Punch another hole in your cinephile card: You can finally catch the restorations of Mike De Leon's films, Itim (1976) and Kisapmata (1981), in theaters at the 2022 QCinema International Film Festival.

Along with these De Leon classics, QCinema is also hosting a screening of Wong Kar-wai's seminal romantic drama, In the Mood for Love (2000).

The restoration of these films is programmed under the festival's Digitally Restored Classic Section, featuring restored classics from around the world.

Mike De Leon's Itim, a supernatural thriller about a young photographer who meets a troubled clairvoyant, premiered recently at Cannes. Kisapmata is a truth-based film based on the murder-suicide case of the Cabadings in 1961. In the Mood for Love is hailed as one of the best romantic films ever made, directed by Wong Kar-wai. 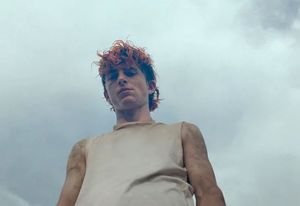