QCinema unwraps their short film lineup for this year's #QCShorts.

QCinema is just a few months away from its tenth year. And it’s kicking things off by taking the wraps off its short film lineup under the #QCShorts program.

This year’s winning short films examine cinema and interrogate space created, recreated, and destroyed through it. Its roster covers a range of concerns — from a reflexive attempt to save a silent film reel, an introspective search for meaning by an online sex worker, contrasting issues of migration both set in Cagayan Valley, to a psychological journey in a Quezon forest, and to a surreal one set amidst the backdrop of a decaying Pasig river,” QCinema shares on their press release.

Here’s the full list of grantees for the 2022 #QCShorts program:

Directed by Jaime Morados (Protacio and the Bum), Ang Pagliligtas sa Dalagang Bukid (lit. Saving the Country Maiden), follows a sixteen-year-old Joaquin as he attempts to save the film reel of the first movie he’s ever seen in the midst of a studio fire. The film is set in 1921.

BOLD EAGLEis the story of Bold, an anonymous online-sex worker who seeks validation from his cat as he wonders if he can amount to something more than just a pretty face.

The film is directed by Whammy Alcazaren.

In Glenn Barit’s Luzonensis mula 7 hanggang 9,  a “neanderthal” man named Luzonensis is about to leave for work abroad. He discovers that his passport is missing hours before departing. Together with his father, they retrace their path back to find it.

From Marikina-based filmmaker, Rocky Morilla, Mga Tigre ng Infanta follows Katrina’s wild hunt deep into the psyche of her grandmother, whose corpse has gone missing. The film is set in the colorful town of Infanta where superstition is said to be alive in community life.

Austin Tan’s Ngatta Naddaki y Nuang? (lit. Why did the Carabao cross the Carayan?) tracks Oyo’s return to his hometown in Cagayan in search of a carabao, before he finally migrates to another country, while memories of a flood and sights of industrialization fill him.

sa ilog na hindi nagtatapos is the story of four individuals which unfolds through Baby, a middle-aged trans woman. She becomes a vessel to fill in their void as her own desire grows in the capital of fleeting relationships.

The film is set in the surrounding areas of the decaying Pasig River, where an expressway is being constructed. Directed by JT Trinidad (as if nothing happened). 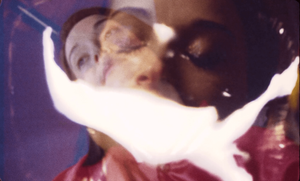 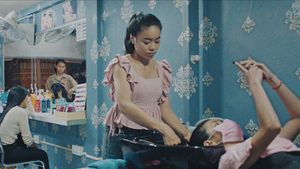