Glenn Barit’s Cleaners was one of the highly anticipated films in the New Wave Competition of the QCinema International Film Festival this year. A few months back, they launched a fundraiser for the full-length film, and their pitch was this: at 8 frames per second, all the frames (more than 30,000) will have been printed, photocopied, colored with highlighters, scanned, and assembled back again in the edit in time for the October release.

This was a big accomplishment in cinema, and it’s great to see filmmakers like Glenn Barit continue to experiment with form—in 2017, he also directed “Aliens Ata”, a short film that was shot entirely with drones. He would eventually win Best Film, Best Screenplay, and Audience Choice awards in this year’s QCinema International Film Festival competition.

Cleaners is an anthology of short stories placed in significant events of a school year in Tuguegarao City: Nutrition Month, Buwan ng Wika, Prom, and the SK Elections. Each premise is simple, and tackles themes that are all too familiar in a high school setting: pursuing your passion, love and isolation, and rebelling against authority and society’s expectations.

The visuals are a wonderful element in the film that’s pleasing to the eyes; as if you’re dreaming of a past that you’ve all experienced yourself. The same visual effect allows a lingering feeling of detachment that makes everything seem unreal. Because it’s set in 2007, you’re also forced to grasp the way technology evolved so fast because you’re looking at a world that had CD players and pirated music instead of Spotify-equipped smartphones.

The film effectively banks on this nostalgia that somehow balances out the grotesque and the painfully embarrassing moments depicted in the movie, carrying a weight of feelings that we thought began and ended in puberty. The smallest of details like the teachers’ bad pronunciation, the class president shouting and demanding respect, to the emo haircuts and Typecast’s “Boston Drama”, encourages viewers to remember these moments in their youth, a time where things were supposedly simpler.

After one hell of a #throwback slideshow, the film reminds us that the feelings we felt before are not so different from what we experience as we grow older. This is even more amplified in the ending scene, where the characters’ loosely connected stories came together for one final fit of blissful rage. Viewers in their 20s would then ask themselves: Have we lost the urge to revolt? Have I become the boomer I’ve always despised?

Cleaners tells us that life doesn’t stop for anybody, that it’s okay to feel confused, and that we need to keep the same fire that compels us to want to pull the hair of our bullies and shout at the loser upperclassmen during Intrams. At least, that’s how I felt about the social reality segment involving the kid and his corrupt politician parents that felt a bit too contrived. It’s messy, it’s far from perfect, but Cleaners’ novelty and irresistible charm make it top of the class. 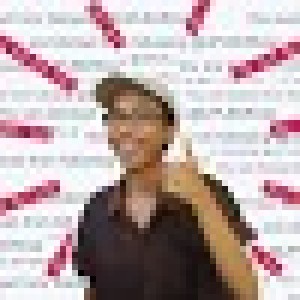